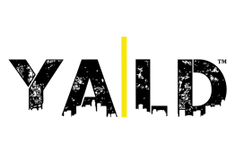 EMPOWERING OUR YOUTH THROUGH ACTION

YALD is a sports-based youth development non-profit committed to providing underserved young people with the skills and confidence they need to achieve their dreams and become a positive force for change in their communities.

At YALD we believe that physical activity is key to the health and development of our youth, contributing to their physical, social, and emotional well-being. Using team sports as an entry point for holistic youth development, YALD engages young people ages eight to 17 in a range of activities including life skills development, nutrition education, academic support, and community service. Our vision is to provide young people from underserved communities with the resources and mentorship they need to succeed in school and on the field, and to become healthy, well-rounded individuals who can effect positive change for their communities.

Your gift will help underserved New York City youth have access to the sports and youth development programming that will help them succeed on and off the field.

The much anticipated 2019 YALD Championship game is here. Both the Panthers and the Giants organizations have had a grueling yet successful season and have earned the right to play in this game. Nor’easter like conditions was predicted for the game but Mother Nature cooperated, and we ended up with a very light haze. Both teams were on the field early, strategizing and preparing for the game ahead.

After both teams shared possessions that produced no points, the Giants quarterback Michael Rodriguez connected with regular season Co-MVP Sean Carter for the games first score. Michael Rodriguez, who went 21-34 threw his second touchdown to Anthony De Los Santos. Game was 12-0 at that point but the Panthers came roaring back. Mason Rivera, who had a game high 10 receptions, help set up the first score when Joel Ramirez found the end zone. Extra point attempt was no good and the score was 12-6 at halftime. The Panthers came out with a defensive mindset for the second half. Veterans Miguel Angel Grullon and Mason Rivera came up with key stops in critical moments preventing the Giants from scoring. With two minutes to go, facing a third and very long, Coach Adalberto Fernandez came up with the biggest play call of the game. Quarterback Francisco Correa lateraled the ball to Bryan Cruz who in turn found Francisco for not only a first down but with the ball near the red zone. Francisco Correa then found Joel Ramirez for his second touchdown tying the game at 12. Joel Ramirez then caught ensuing extra point attempt giving the Panthers the 13-12 lead. The Giants were then stopped on the following possession and the Panthers won their second championship in three years. Congratulations to the entire Panthers organization on a well-deserved victory.